Skip to content
“Moreover, I will make a covenant of peace with them; it shall be an everlasting covenant with them: and I will place them,
and multiply them, and will set my sanctuary in the midst of them for evermore.” ~ Ezekiel 37:26 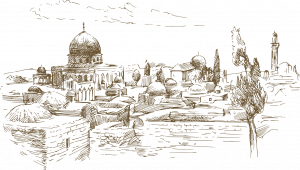 The Royal House Of David 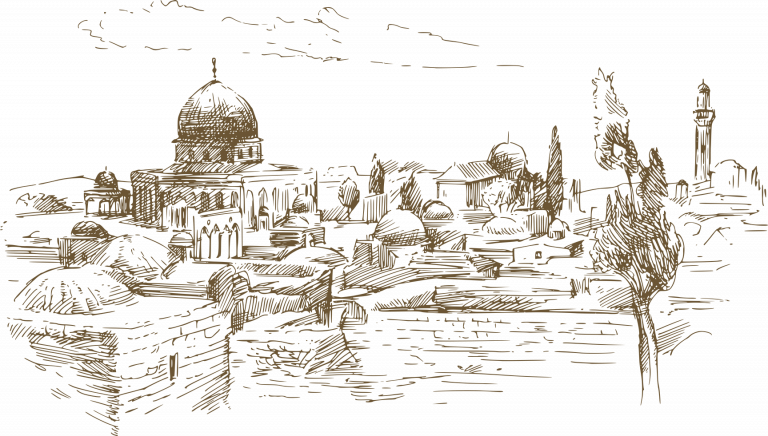 The Royal House of David is the longest standing Royal House on planet Earth. It began with its founding by King David of Judah and Israel, was passed to his son King Solomon, and continued on through the ages as an unbroken lineal descendancy of one hundred twenty-four generations. The House of David moved to western Europe and the British Isles many centuries ago, and there it emerged as the first Kings of Ireland, Scotland, Argyle, and England.

Please download the full Announcement Pack in PDF format. This PDF is designed to be distributed to all of your friends, family, networks, societies, organizations, churches, and whomever else you think would be interested to know about the Kingdom of David and understand the option of protecting themselves and their families, by accepting His Majesty David Joel’s offer of Sanctuary, Protections, and Immunities. 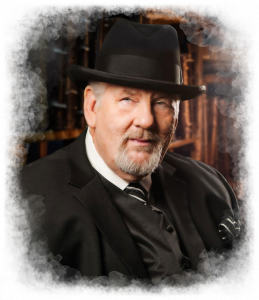 It is important for all of Mankind to know and understand that David does not consider Himself above the People in His use of honorific titles such as King, His Majesty, His Royal Highness. Although He is of noble birth and linage*, He carries his position with equanimity and humility to be used solely for the benefit and the liberation of Mankind. This is His entire focus and stated purpose for the re-institution of the Kingdom of David and the renewal of public awareness of the House of David and its royal ancestry. To be certain, the honorific titles are a necessity to maintain His station amongst the nations and the Royal Houses that exist in the world today.

As such, He is as a King Set Apart, and not one who is here to garner the wealth of the world to be His own, as the rest of this world’s so-called nobility have done for their own devices of greed and power-driven agendas. He is standing uniquely in the position of the True King in this world and is resolutely committed to fulfill the destiny of the House of David, which is to serve Mankind and bring forward a new era of healing and renewal for every Man, Woman, and Child in this world. The House of David, therefore, is the fulfillment of the promise of resolution; it is the fulfillment of the Law and the return of True Equity to the People who shall now inherit the Earth.

Please review and Download the Ancestral Linage of the House of David up to and including the House of Weems and today’s King David.

* The word “linage” is the same meaning as “lineage” as they can be used interchangeably, whereas “linage” is used in a more formal sense for identifying ancestral lines of prominent families. 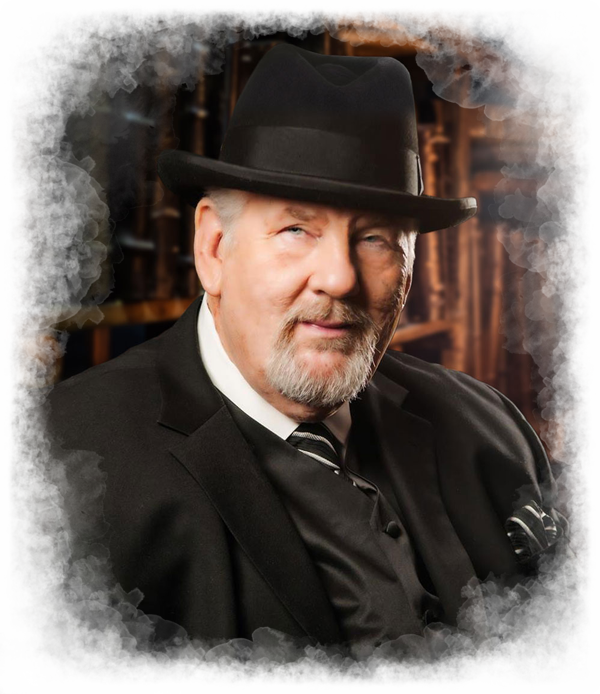 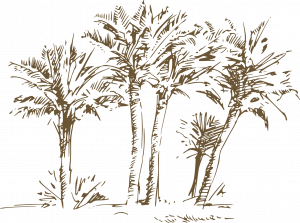 A superseding jurisdiction as a sanctuary for the People

How will this be done?; It is being done because King David has the authority to establish His superseding jurisdiction as a sanctuary for the People in and amongst the nations. His Proclamation of Peace and Sovereign Integrity, as fully set forth in this website, is designed to work together with the Nations, the People, and those of like-mind and like-spirit, to provide the means and resources to rebuild the nations to now serve the benefits and necessities of the People. Further detail of how this will unfold and proceed shall be provided in associated web sites that will emerge during the course of this year two thousand twenty-one. With respect to the Nations, His Majesty David Joel will present offers of Treaties of Mutual Cognizance for establishing reciprocal relations with every nation that wishes to accept His offer.

What is His Majesty David Joel’s offer to the Nations of the world? It is a simple offer of Peace and Sovereign Integrity. It is an offer to work together, side by side, to build peaceful solutions to the issues and problems of the world. It is an offer to Go to Peace and leave the implements of war behind us. But to truly and fully accept the offer, the Nation States who would do so must make firm commitments to honor the Sovereign Integrity of all Living Beings within their borders and throughout the world. It is an offer that requires the cessation of hostilities in all forms and the discontinuation of suppression, dominance, and control over the People. It requires movement towards resolution based on healing the wounds of the past. Most especially it requires equal cognizance for the First People Domains of the world, and to work with the Kingdom and its allies to assist the First Peoples of this world, to return to their true standing on the Land as the original Stewards thereof. 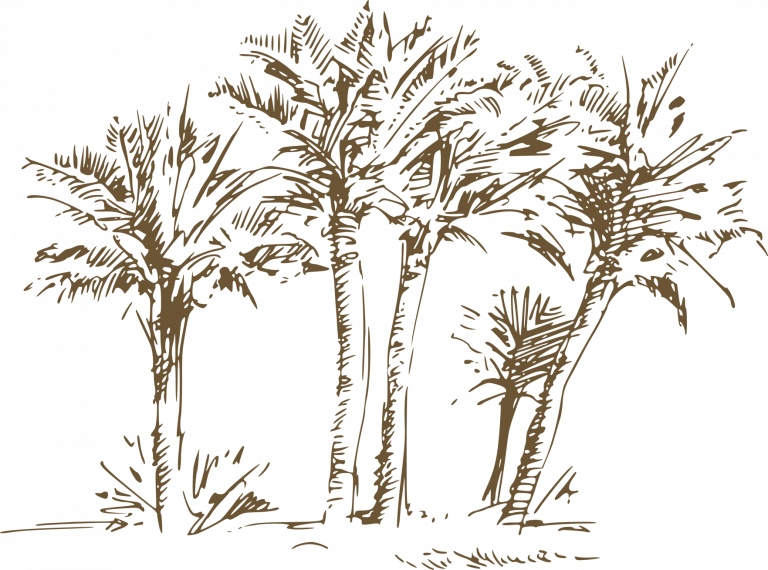 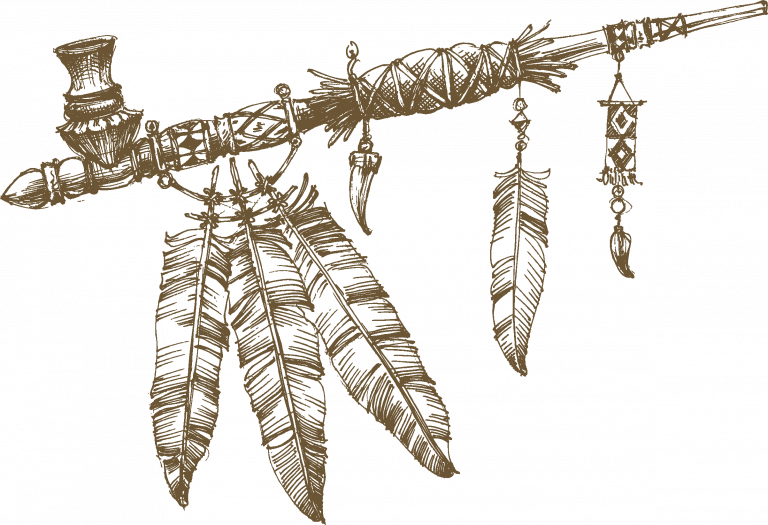 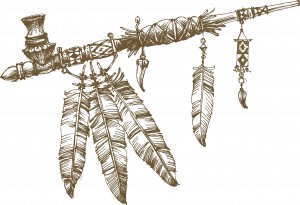 Treaties offered to the First People Domains of the World

Treaties of Mutual Cognizance will also be offered to the First People Domains of the world, the many thousands of bands, tribes, and bodies politic of the first peoples of the world, almost all of whom have been marginalized and demeaned by a history of abuse over many centuries. When a Nation State enters into a treaty with the Kingdom of David, for the mutual recognition of Sovereign Integrity, this will automatically require the equal cognizance of all First People Domains who have entered into such treaties for the mutual cognizance of Sovereign Integrity. Once engaged, such treaties will provide for the means to direct resources into the Nations and the First People Domains to assist and support them to build new development for the rehabilitation of broken systems, remediation of polluted lands and waters, and the elevation of social and economic infrastructure to build sound and prosperous futures for all.

If a First People Domain is situated in a Nation State that chooses not to enter into a Treaty of Mutual Cognizance with the Kingdom, our focus will continue with any First People Domain that wishes to enter into such a treaty. The treaty will establish the foundation for working together with the People to support the rehabilitation of their land, to build homes for their people, education and health facilities, and other forms of support that will assure the building of a strong socio-economic foundation that is in alignment with the traditions and sacred practices of the People.

A Proclamation for the People and the Land

In mathematical terms, the odds against one ancestral line enduring unbroken for nearly three thousand years, as a lineal descent of father to son for one hundred twenty-four generations, is astronomical and virtually incalculable. For that linage to be of the foundational House of David, firmly established and rooted within the Bible that is the basis on which the entire world system of Law and political structure is built upon, adds immeasurably to the odds against it. It is unique in the entire history of this world.

The House of David is likened to be as a seed of rebirth buried deep in the soil of the spirit of Mankind, deep and dormant and expectant, waiting for the exact time in history to emerge regenerated and brought back to life. Is it any wonder, then, that the name David is easily seen as an anagram for D’Vida, which means “Life” in the Western Romance languages derived from the Latin of the Roman Empire. We continue to live in Roman times, in the bondage of its empire, with the continuation of centuries of design and deceit, leading to the creation of the Empire State where the Federal Reserve, the United Nations, and the Wall Street of stocks and bonds (stockades for the human cattle and the branding of the same with commercial debt paper of bondage) are situated.

So the seed that was planted long ago, the seed of Life, has emerged from its dormancy and has been watered by the infinite and uncountable tears of Mankind seeking an answer to how to walk out of the ligatures of bondage of that Roman and Babylonian system of debt enslavement that we have endured for millennia. 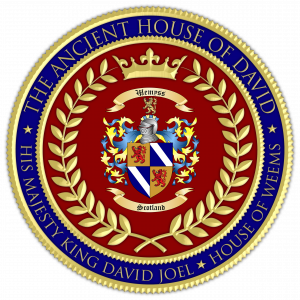 In His lifetime, King David walked the path of a regular man, not knowing His linage or His destiny until nearly fifty years old. He then walked further through the years to unravel the mystery of His birth, and the destiny of His life, and came to understand that He had no other choice than to assert His Royal Prerogative and by Proclamation and Decree to re-institute the Kingdom of David and fulfill the destiny of the House of David. He began this work in 2006 and over the next fourteen years, He gathered His teams and His alliances, His partners and His counselors, to fulfill His Will, Purpose, and Intention, the result of which is the Kingdom of David, well founded as a Sanctuary amongst the Nations, as a place of refuge within the Protections and Immunities that He can provide. It is King David’s intent to create a Kingdom like no other, a Kingdom for and of the People, to reestablish our standing on the Land of this Earth and to re-embody the Law and return the Equity to the People. He is a King Foretold and His is a Kingdom that shall be fulfilled for all of Mankind. It only requires those of good will and pure heart to stand with Him and help build this as a Kingdom of Heaven on Earth. Together we can nurture the seedling that is now sprouted from the fertile ground of history and bring it into full stature as a Kingdom of the Ages for all of Mankind.

His first true act is now set in place: the issuance of His Proclamation of Peace and Sovereign Integrity. It sets the foundation for the Kingdom and how everyone can take up their own capacities as free and sovereign beings, endowed with absolute and unalienable rights to determine our own destiny in this world and beyond, and to once and for all release the shackles of bondage from our shoulders and our hearts and our minds. It is time to rebuild this world and to create the true destiny of the People, to restore the Land, revivify the Waters, and purify the Air of our world, and to leave our inheritance to the future for all children to live free and unbounded lives of creativity and prosperity and respect. Please join us if you will by reviewing the materials in this web site and taking the steps as herein provided.

Notice to all Nation States

TO ALL TO WHOM THESE PRESENTS DO COME, GREETINGS, Let It Herewith Be Known that I, His Majesty King David Joel, House of Weems, formerly Wemyss, originally the Historical and Ancient House of David, have claimed and issued the following document as My Absolute Claim of Rights, Titles, Lands, Interests, Tenements, and Hereditaments. Therewith I have established the Office of Crown Sovereign as My Royal Right and Prerogative, for Myself and My Successors, pursuant to the following Private Instrument of Establishment and Articles of Creation of Crown Sovereign for the Kingdom of David, A Global Sovereign Monarchal Society, and the Office of Crown Sovereign and Successors, A Corporation Sole, and unless any proper claimant with an equal, prior, or superior claim comes forth within the time allotted and in the location established therefor, My Claim and Absolute Standing shall be forevermore established and confirmed, for Myself and My Successors, to wit: